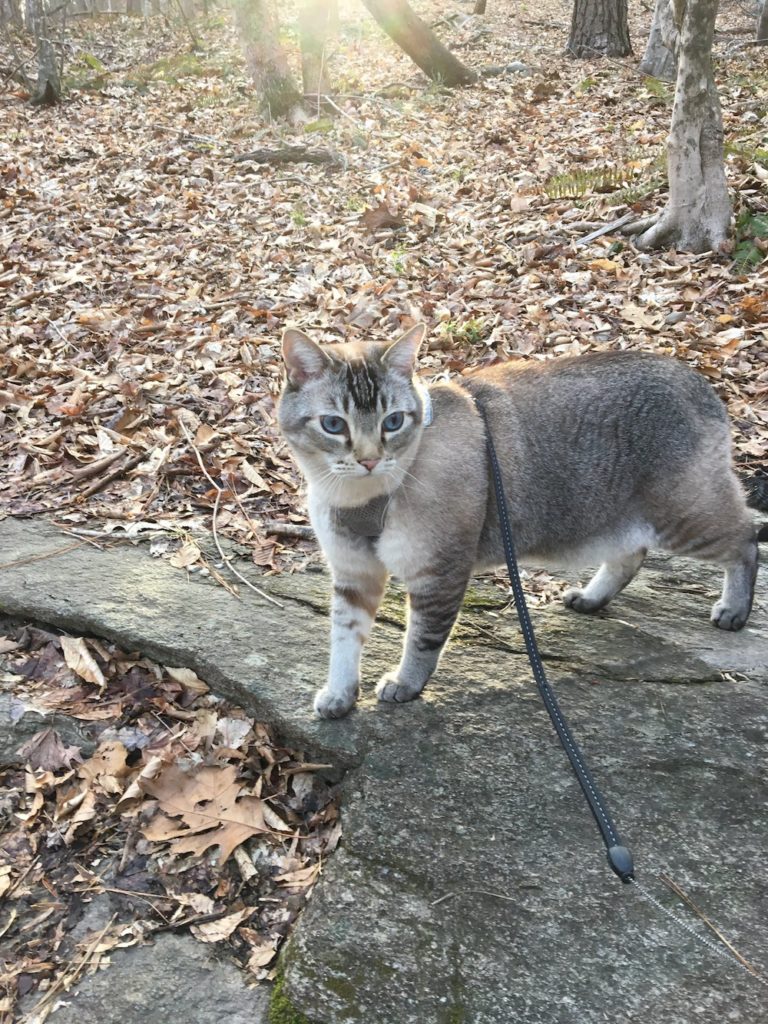 Gus owes a great deal to Rodney and Sarah Hayden. The couple found the kitten in 2011 when he was about 2 weeks old, trapped under their porch in Durham. Rodney freed him by ripping out boards from the deck. They bottle fed Gus and gave him round-the-clock attention for a few months. Now 9 years old, the Siamese-tabby mix is famed in the community for the leash the couple puts on him when they go to some of their favorite pet-friendly spots, like Guglhupf, Fullsteam Brewery or the Eno River. “Gus is leash trained because he was so little when we found him,” Sarah says. “We just started taking him everywhere, and we would put him on the harness to keep him secure when we were out of the house. So whenever we’re out and about with him, he gets a lot of attention. A friend of mine jokingly said we should start an Instagram account for him, so it kind of started as a joke. We also hear a lot that he’s the only cat anyone has ever seen on a leash.” And Gus is fine with it. Sarah says he’s social and friendly, so whenever he gets the opportunity to meet others, he’s in. “We enjoy being able to take him with us,” Sarah says. “We don’t have dogs because I’m allergic. So it’s nice to have a cat that you can do dog-like things with.” 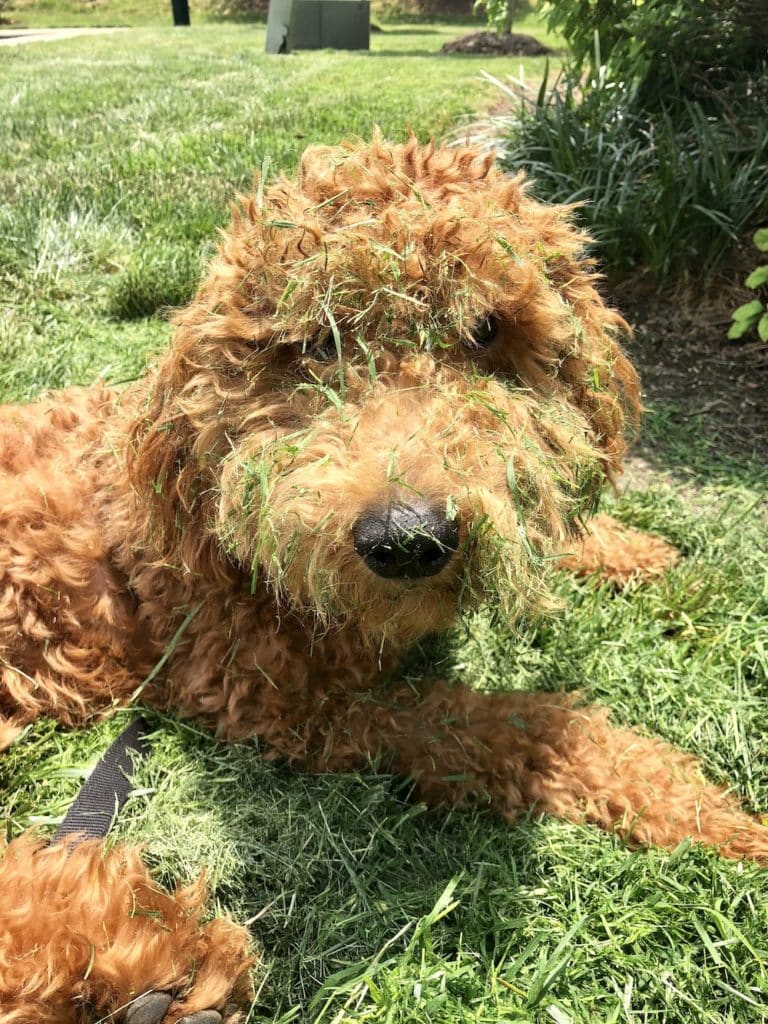 In the beginning, owner Veronica Vivona would have never created an account for Potato. “I honestly thought it was too silly of a concept,” she says. “Potato was kind of a hot mess as a puppy. Puppies are cute and adorable, but they also bring a ton of chaos into your home.” But when Barley Labs opened in 2018, the two would go there often, and strangers and friends would constantly ask for Potato’s Instagram. Veronica gave in. Despite all the “chaos,” she realized the account helped her connect with other dogs and their owners in the area, including Canine Chemistry, which helps to train Potato. “I mostly just post on his account the things that he’s up to,” Veronica says. “He likes to nap on top of his crate, play with a metal bowl (long story) and roll around on top of any treat that smells good. He’s pretty funny and has a great personality, so I like to share a lot of those moments on his story, too. I think that’s what people like most about Potato. He’s not afraid to be his weirdo self.” He also frequents spots like Namu and Guglhupf. 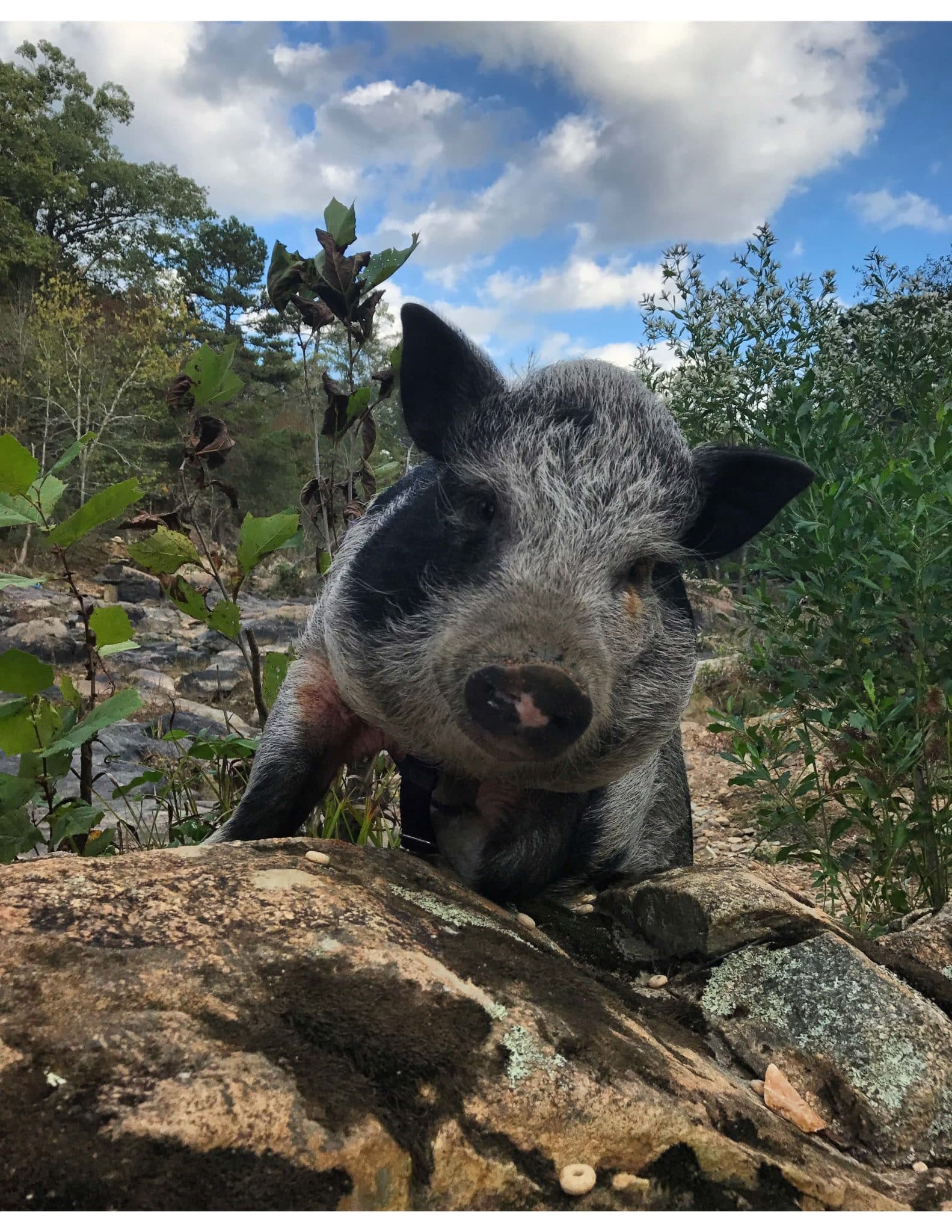 Jolene wasn’t always the cuddly, stubborn, affectionate pig documented on her Instagram account. The first year of her life was rough. “Jolene came into my life as a rescue mini pig after being sold by a breeder to a family who bought into the myth of mini pigs,” owner Kelsey Dawson says, “prompting them to get rid of her when she exceeded their size and care expectations at 4 months old.” After Jolene was passed on to two more households, Kelsey found the traumatized, malnourished 6-month-old piglet in a chicken coop. Kelsey adopted her 10 days later in March 2016. Kelsey can’t imagine the last few years without Jolene – a bartender at The Accordion Club and Ponysaurus Brewing Co., Kelsey just celebrated her 10-year anniversary of living in Durham in September. She is quite comfortable here, as is Jolene, who’s often snuggling with Kelsey’s cat, Mr. Biscuits, or under the blankets in bed. These are the moments that inspired Kelsey to start the account. She says it also brings a little warmth to her followers’ everyday lives. “Pig parenting is much more work than a traditional pet,” Kelsey says. “It’s building and maintaining trust to create a relationship in which she feels safe and happy in her life. It’s far more fulfilling than any other other animal interaction I’ve ever had.” 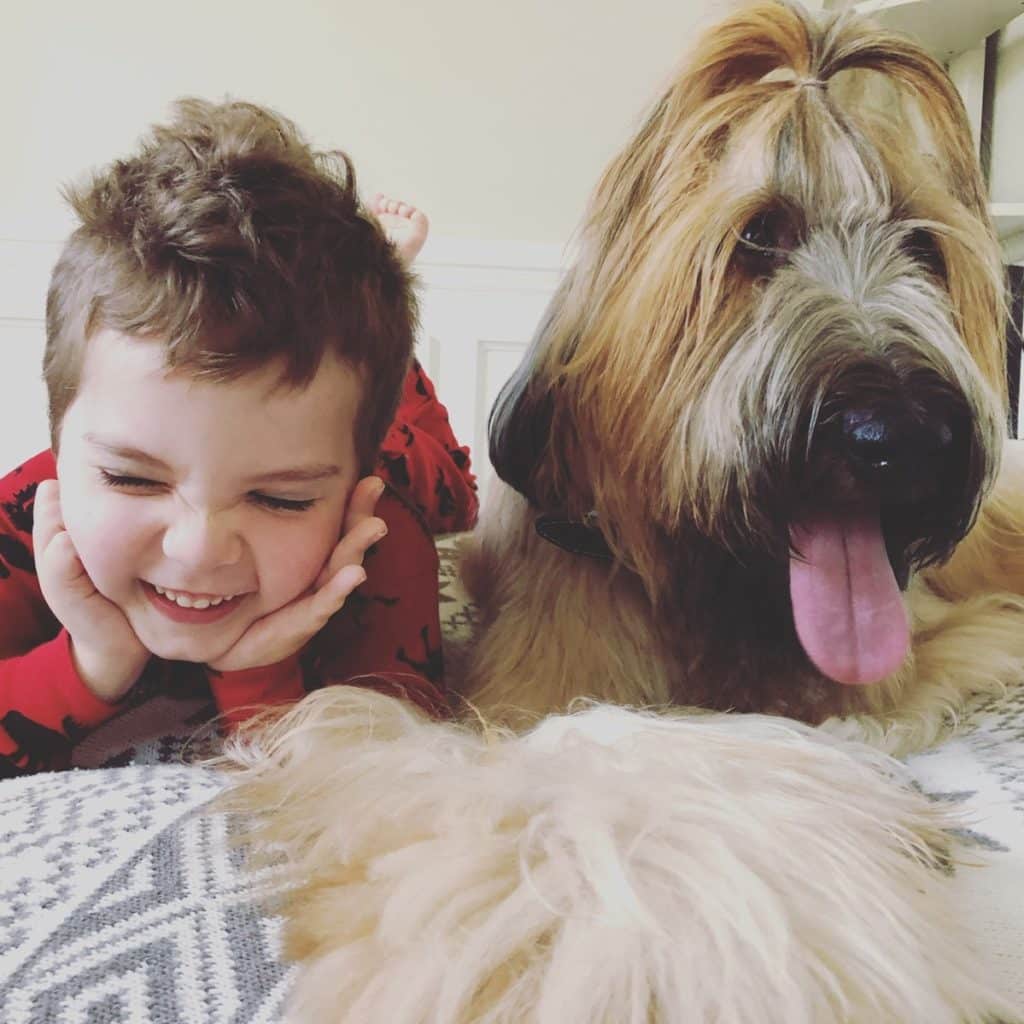 You could say that Parker, a 2½-year-old Briard, is especially extraordinary. He is a service dog for Harrison Gattis, a 7-year-old with a rare genetic disease,  which includes a brain malformation, a small heart defect, dysautonomia and myopathy of his muscles. Parker helps Harrison with deep pressure therapy and mobility tasks, gently pulling him in his electric chair and even alerting Harrison’s mom at night when he has issues with his oxygen. Marcia Martin of Marcia’s Best Dogs put Parker through more than 500 hours of training so he could be the best of the best for Harrison. “It’s unusual to find a child who is capable or interested in being a handler of a service dog,” says Sarah Gattis, Harrison’s mom. “It takes lots of work, practice and training. But Harrison was determined.”  The account emphasizes their close relationship and speaks to a larger message. “Instagram became a way to journal where we were and where we were going,” Sarah says. “I think showing our daily life, our struggles, our victories, gives our audience an understanding of what it’s like to live a life that is medically complex. It helps people think about accessibility, inclusion and so much more. Our goal is that someone learns something from our posts or takes something away to make this world a better place.”

Hannah Lee is the assistant editor at Durham Magazine. Born and raised in Winston-Salem, she attended UNC-Chapel Hill and double majored in broadcast journalism and German.

A Great Big Woolly Mammoth Thawing From the Ice