Six People Making An Impact On Our City

December 31, 2019/Durham Magazine/Business, Featured, Out & About 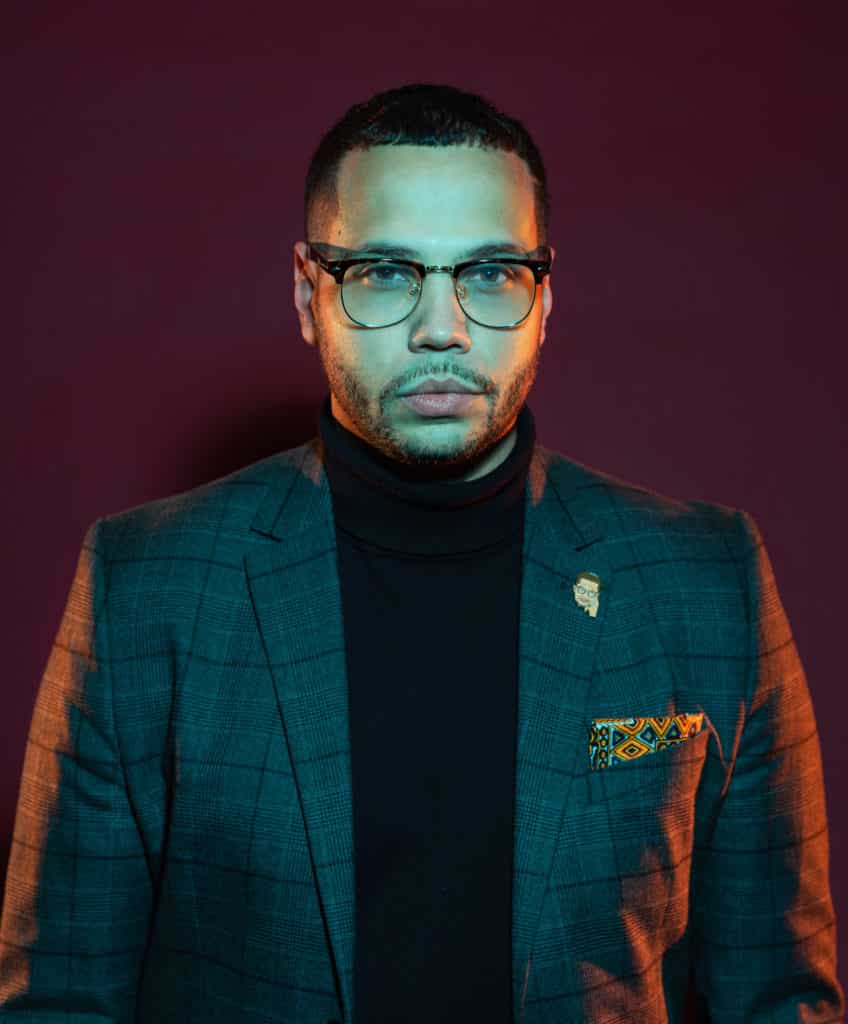 Joshua Gunn
Hip-Hop Artist, Co-founder of Black August in the Park, Vice President at the Greater Durham Chamber of Commerce

As a person interested in the intersection of culture, socio-economic disparities and economic development, I make a point to think about the impact on diverse groups when discussions of progress and growth happen. Today, Joshua is a part of those talks, too.

To be honest, I never expected a rapper from North Carolina’s hip-hop scene to have this kind of presence. The Thyrday had a lot of respect from people in my circle – 9th Wonder, Rapper Big Pooh, K-Hill and DJ Chela. Years later, one of those members, J. Gunn, popped up on BET under the tutelage of Jay-Z’s old business partner, Dame Dash.

He had come a long, long way.

J. Gunn was unapologetically Durham. He represented it when it wasn’t cool, and through the honesty in his music, you could tell he was in love with his hometown, not just “waving the flag” like many emcees do. There was authenticity in how he talked about the city.

We were aware of each other, but hadn’t met in person till an introduction happened at my friend Gabriel Eng-Goetz’s shop, Runaway, in 2016.

I began seeing Joshua in meetings at the Greater Durham Chamber of Commerce, where he’s now a vice president, regarding economic development opportunities. I’d also see him at 8 a.m. meetings (if you know me, you know I don’t schedule meetings before 10) on how to improve Durham Public Schools. We began to talk more and realized we had a lot in common. He is co-founder of Black August in the Park, while I’m the co-founder of Black Wall Street: Homecoming. He was vocal about the impact the community needed to have on our school-aged children. Again, authentically articulating the need for cultural awareness and its role on Durham’s diverse public school system.

My respect for J. Gunn runs deep. He doesn’t live a secret, double life. He still represents his city through his music, but he’s doing the same thing in his various roles in our community. He challenges progress and who progress benefits. I’m excited to see his growth as an agent of real, shared prosperity throughout our region.

– Tobias Rose, principal and creative director at Kompleks Creative and an adjunct professor at UNC-Chapel Hill 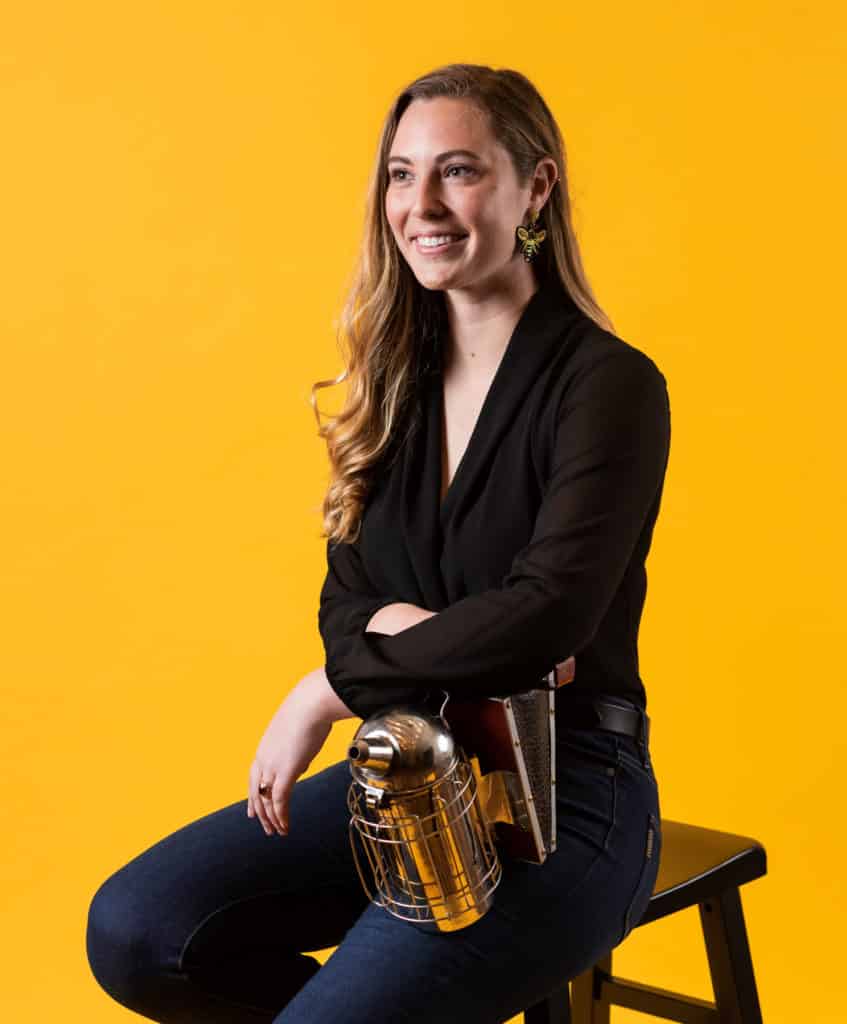 Long before Leigh-Kathryn was the entrepreneurial bee keeper we have all grown to know and love, she was just our LeeLee. Initially a creative and avid intern for my wife, Liz, helping to coordinate the largest one-day golf tournament fundraisers in North Carolina at the time, she was quickly enveloped by our family and particularly by our children (Michael, 10, Lou, 8, John, 4, and Will, 2). When she confidently walked into my office some five years ago and laid out what would soon become Bee Downtown, the passion was palpable. The idea of urban beekeeping aimed at corporate partners was novel indeed. And you simply cannot be around LeeLee without inheriting her energy for, and commitment to, her craft. Like every successful entrepreneur, she quickly realized that she had to dive headlong into Bee Downtown, and LeeLee has done that with enthusiasm, hunger and swagger. You might not share her passion for bees (many don’t), but one can’t overlook what pure determination and dedication can do. As more and more of the spotlight is shown upon Leigh-Kathryn and her undeniably well-deserved accomplishments, I can say with admiration and great pride that our LeeLee is on her way. 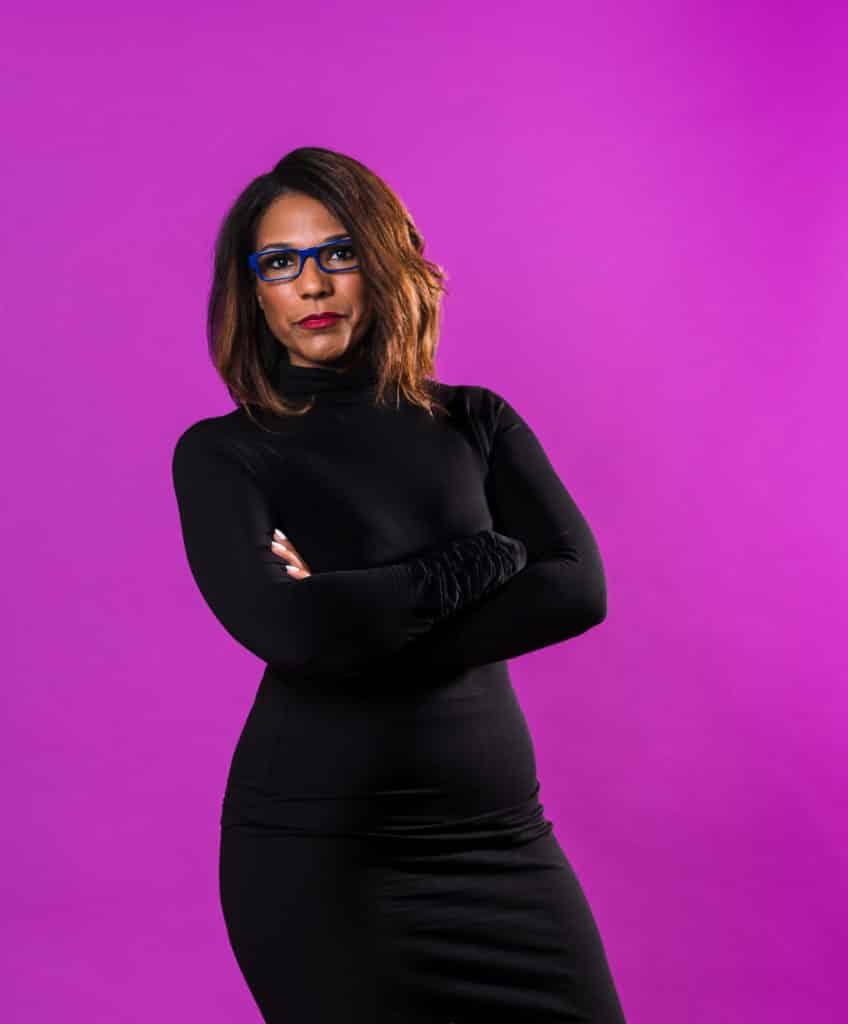 Jes wears a lot of hats, and she wears them well. Her style is full of flare and humility, as is her work. She is a shapeshifter, whether you’re looking for a friend’s companionship, a mentor’s guidance or kind support.

Durham is still a small town, even as the population continues to proliferate. Jes is the type of person you hope to run into because there is always a lesson to be learned or a laugh to be shared.

Jes is the new Black Wall Street. Her work with American Underground, Leadership Triangle and Black Wall Street: Homecoming has elevated Durham to new heights and given a voice to the next generation of entrepreneurs. Often behind the scenes, she will leave a lasting imprint on our city in ways that people will talk about for years to come. An unsung community champion.

Despite more than 20 years of steady immigration into the City of Durham, Javiera is our city’s first and only Latina elected official. Lucky for us, she’s shown herself to be more than up to the task of pushing our city government into an even more diverse future.

A former teacher and PTA president, Javiera has been a strong advocate for our city’s public schools since she moved to Durham with her family in 2010. As PTA president of Club Boulevard Elementary School, she led the establishment of a “community schools” pilot program that has expanded to three other schools in the district. Community schools is an innovative model that provides holistic support to an entire school community, engaging students, parents, teachers and administrators in a conversation about what they need most and how they can support one another. It was her leadership in this work that led another PTA member to suggest that she consider seeking public office, which led to her successful application for appointment to the Durham City Council.

Javiera hit the ground running in her first year in office – advocating for more access to U visas for undocumented victims of crime, doing dozens of hours of outreach to Latinx communities and learning from immigrant rights activists from around the country. As an immigrant herself, Javiera understands migration in a way that the rest of us simply can’t; her work and advocacy comes from a place of deep knowledge and care for the many people who have struggled to reach our community in search of hope
and opportunity.

Inclusive democracy requires that everyone has access to the institutions of government. This has long not been the case for immigrant, refugee, low-income and non-English-speaking residents of Durham. Javiera’s work, and often just her presence,
is a key part of building the kind of city where all of us can thrive and be represented. 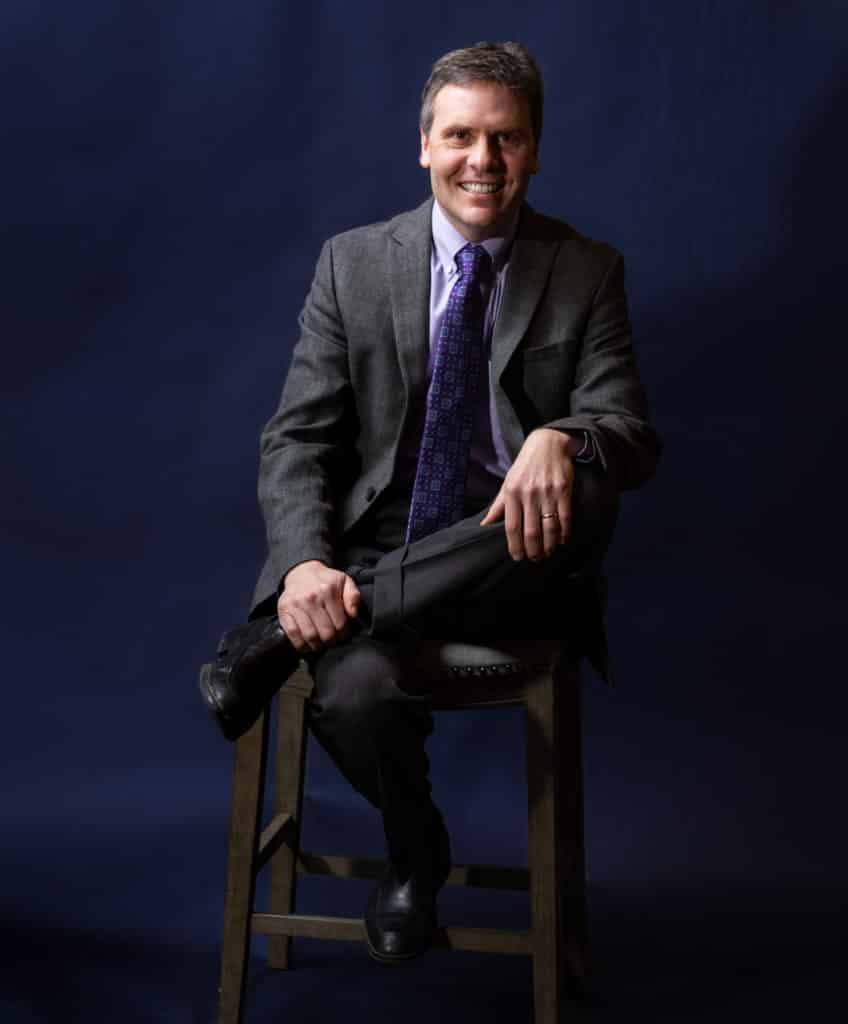 The term “doctor’s doctor” is one of the highest accolades that can be given to a physician by his or her peers. The term signifies that the physician practices in a way that other physicians admire or try to emulate. At Duke, Larry Greenblatt is that kind of doctor.

Dr. Greenblatt is an outstanding teacher, renowned for his enthusiasm and knowledge. He practices evidence-based medicine, which relies on scientific studies to guide decisions on diagnosis and treatment. At Duke since 1994, he runs a busy practice at the Duke Outpatient Clinic on North Roxboro Street. He also serves as medical director of Northern Piedmont Community Care, which sees many patients on Medicaid.

Sometimes the practice of medicine involves the entire community, not just individual patients, and Dr. Greenblatt has stood out for his efforts to address the opioid crisis. In North Carolina, overdose deaths increased about 800% from 1999 to 2016. This is a terrible situation that has many causes and implications for the practice of medicine, including the prescription of opiates to patients
in pain.

Dr. Greenblatt has been at the forefront of efforts to address this major problem. Locally, he played a key role in forming Duke Opioid Safety Task Force. At the state level, he is a member of the Opioid and Prescription Drug Abuse Advisory Committee and has worked on guideline development for safe and appropriate opiate use. He provides treatment to a panel of patients with opioid use disorder (OUD) and, as chair of the NC Medicaid Pharmacy and Therapeutics committee, led the development of policies for safer opioid use and encouraged providers to treat Medicaid recipients suffering from OUD with Suboxone. The treatment functions like methadone, stabilizing individuals with OUD by taking away withdrawal symptoms and cravings, and also blocks the effect of opioids in case of
a relapse.

Developing effective solutions to the epidemic is a giant challenge and requires a strong commitment, a keen intellect and a reliance on evidence to develop sensible policies that balance the needs of patients with the needs of society. A doctor’s doctor, Larry is the right person for the job. 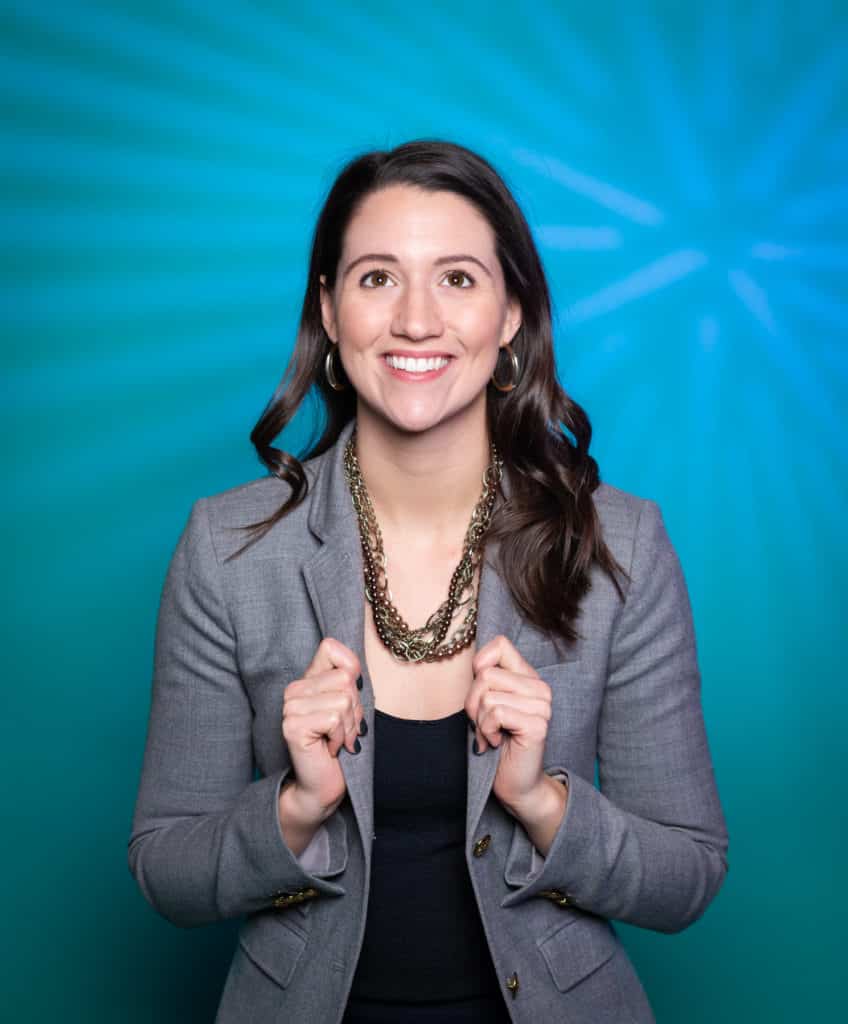 The first time I met Jessica was at a kickoff party for my Iron Yard cohort. At the time, she was the executive director of growth and strategic partnership for The Iron Yard coding bootcamp. It was a festive event, but there was an unmistakable undercurrent of nervousness in the air. The same sense, I imagine, is in a plane as first-time skydivers wait their turn to jump. We, the new cohort, had all just quit our jobs to spend 60-plus hours a week for the next three months training to become engineers. We were taking the plunge. It was exhilarating, and a touch terrifying.

Halfway through the kickoff party, Jessica took the stage and took hold of the room. She has a captivating and calming presence that instantly assured us that we weren’t going to fall. We were going to fly.

Jessica is optimistic and fully grounded. She has a vision and a plan. As the CEO of Momentum Learning, Jessica works to help so many people in the Triangle launch new careers. Momentum provides a way for folks from diverse backgrounds – from teachers and store clerks to artists and stay-at-home moms – to become software engineers in a matter of weeks. Not years, but weeks. Talk about momentum! Jessica knows that with a lot of hard work and a little courage, people can transform their career trajectories.