The pair had been acquaintances in high school – Meredith at Durham Academy and Matt at Jordan – but didn’t connect until their respective dates fell asleep following the ball’s festivities. The two talked late into the night in the hotel hallway, with Matt challenging Meredith to a race, letting her win and then spending his last $9 on room service to share. Twelve years later, when Meredith moved home to Durham after finishing law school in Georgia, the pair ended up at the same party. Both remembered the wonderful night they had shared at the ball, but played it cool; Matt asked Meredith out a grand total of 11 times before she said yes, but she was the one who leaned in for a kiss on their first date. After a year and a half of dating, Matt surprised Meredith with a romantic proposal at Coquina Beach in the Outer Banks, under the guise of looking for seashells for his two children. 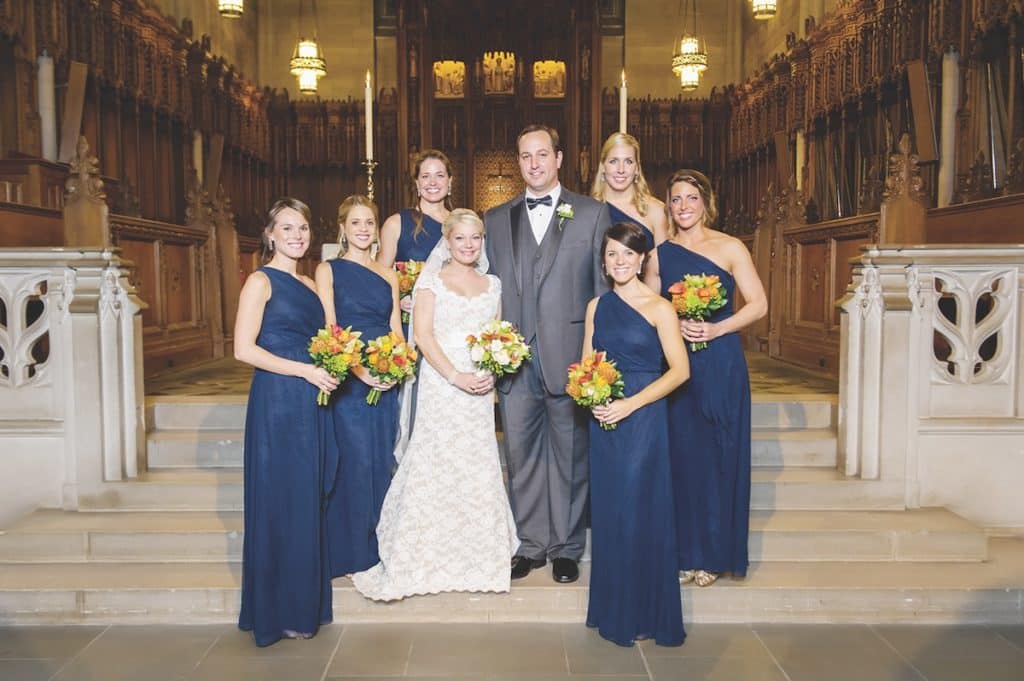 Their wedding weekend began with a rehearsal dinner at Hope Valley Diner. The ceremony, planned by Grace Beason of Grace Leisure Events, was held at Duke Chapel, where Meredith says her favorite memory was “seeing Matt tear up … as I walked down that enormous aisle.” A reception at Chapel Hill Country Club followed, where the pair danced their first dance to John Legend’s “All of Me.”

“Our story is truly a coming home story,” Meredith says of their 13-year-long love affair. “The nice boy you’ve had your eye on since high school and remember racing down the hall with in a debutante dress can really become your husband.”

Music in Your Gardens: Skylar Gudasz

Music in Your Gardens: Shirlette Ammons