Eat, Drink and Be Married 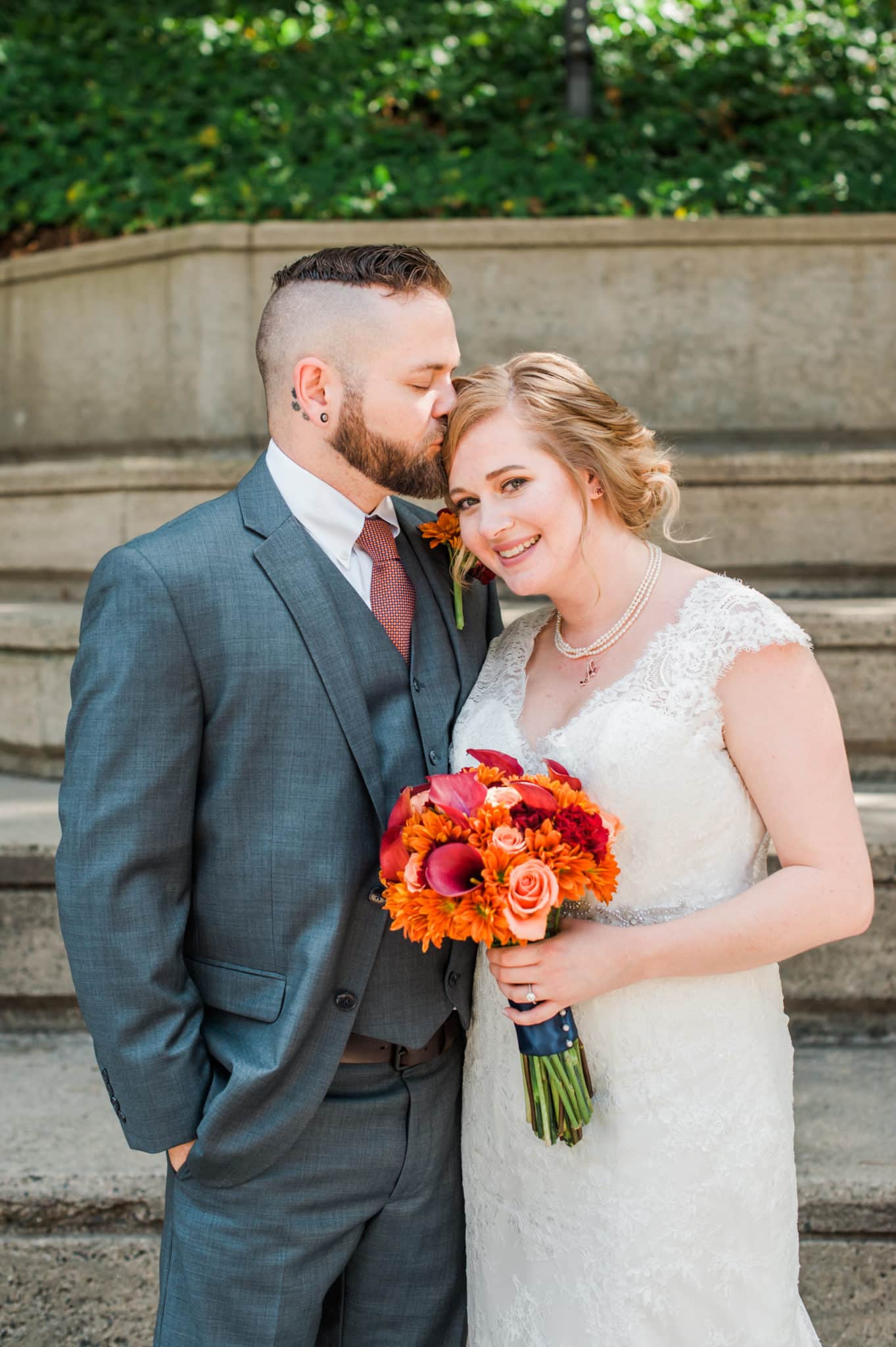 Murray is the chef de cuisine and Lauren is the banquet events sous chef at the Washington Duke Inn & Golf Club.

Lauren, a line cook, and Murray, who was still chef de cuisine at the time, met in the kitchen of the Washington Duke in 2014. They got to know each other professionally, but things soon heated up outside the kitchen, too.

As a Christmas gift, Murray gave Lauren a brew day with Erik Lars Myers of Mystery Brewing Co., who had become a close personal friend of theirs over the years. She came up with the style and flavor profile of the beer – a salted caramel peach gose – and was making a couple hundred gallons of it with her brother, Alex, when Murray showed up, got down on one knee and asked Lauren to marry him.

The wedding and reception were both held at The Rickhouse, with Cathy Anna Events helping plan the big day. After a stressful morning for both the bride and the groom, the couple had a first-look photoshoot. “I remember pulling up to the site, and Murray was standing there facing a wall,” Lauren says. ”I couldn’t help but chuckle to myself, but I was so excited to finally see him. It was such a romantic moment, and once we saw each other, nothing else mattered!” The reception was catered by Indulge Catering LLC, and the cake was provided by Tanya Matta. In keeping with the theme of breweries, Keil Jansen of Ponysaurus Brewing Co., Erik Lars Myers of Mystery Brewing and Sean Lilly Wilson of Fullsteam Brewery supplied beer, and the couple had an afterparty at Fullsteam as well.

“Murray busting out his Irish jig moves!” Lauren says. “I would have never seen that coming! He is not a dancer! … It was an awesome finale to our wedding reception! Reminded me that, even though we know almost everything about each other, he can still surprise me.” 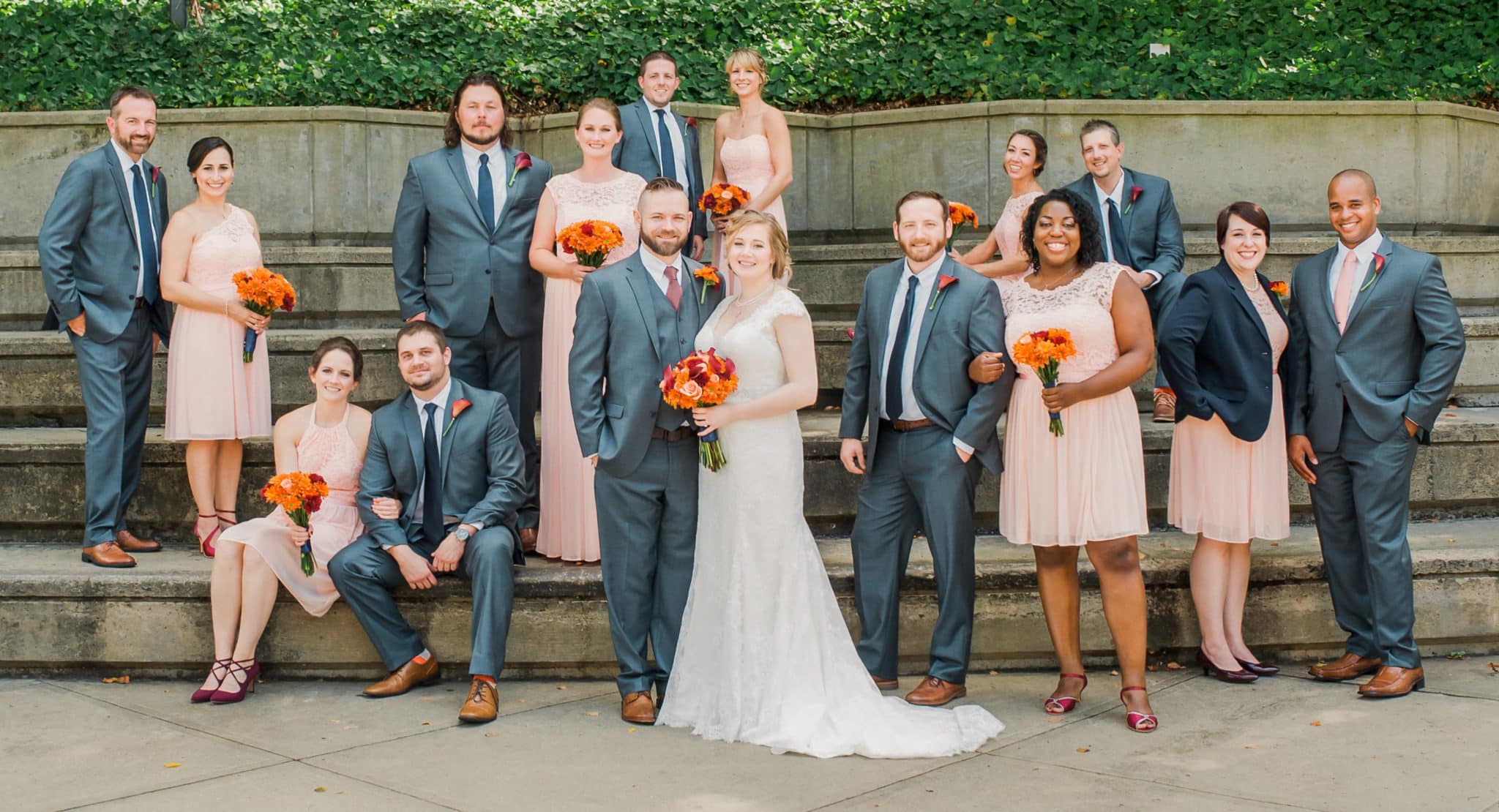