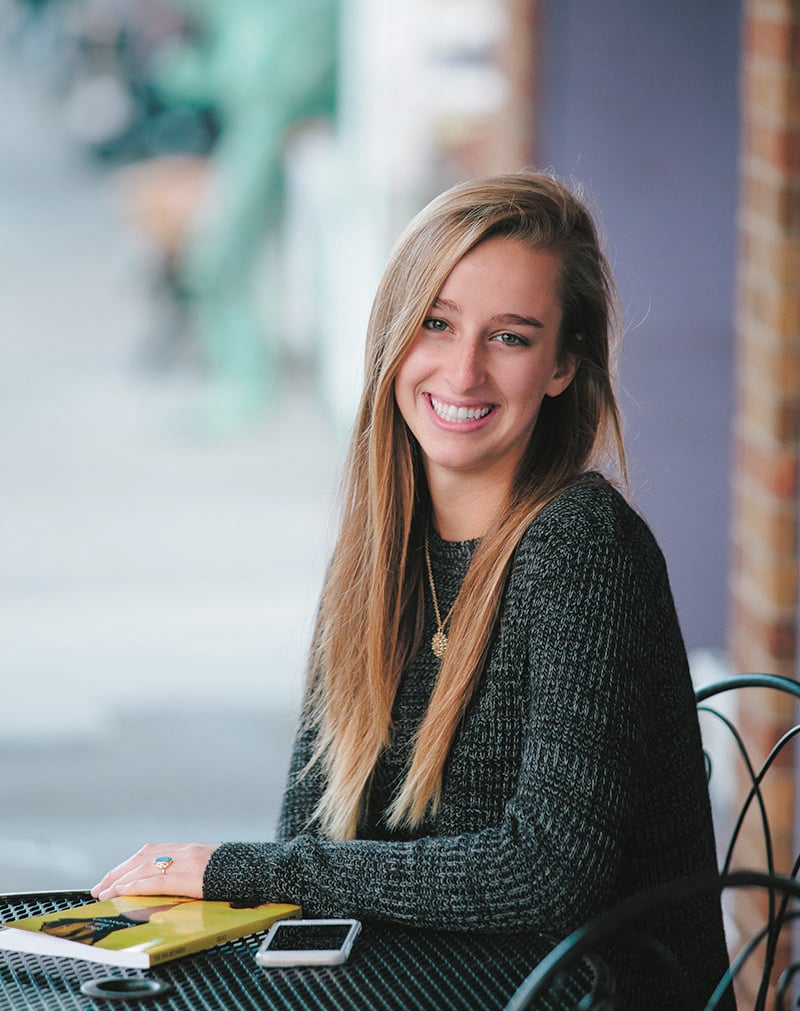 SarahBelle Selig has the world at her fingertips – it’s one that she created when she wrote her first novel, The Dim Between, at age 17. A back and forth of two narratives, the storylines follow the characters William in 1937 Palestine and Levi in Britain in 1978. While their perspectives are fictional, the story is based on the true events of the Palestinian Arab Revolt and the murders of the Yorkshire Ripper. “I knew going into it I wanted to write historical fiction, as a lot of the time history provides a better plot than a writer could ever conceptualize,” says SarahBelle, now 18 and a freshman at University of Southern California. “In the novel writing program at my school, I was able to work through the research, which probably ended up taking more time than the actual writing itself.”

Her teacher at Jordan, Stuart Albright, owns McKinnon Press in Durham and publishes a few of his students’ stories each year. “Albright is absolutely nothing short of an editing genius,” SarahBelle says. “My book would not be around without his guidance. I’ve had so much fun working with him.” She plans to send out as many agent queries as possible to larger publishing firms across the country in hopes of selling to a larger audience. Right now, The Dim Between can be purchased at Lulu.com.

SarahBelle hopes to one day write another novel, but at the moment she’s focusing her classes at USC. An international relations major (and considering a double major in cinema), she’s entertaining the possibility of working in foreign policy or in arts and literature advocacy in D.C. or abroad. “I absolutely love traveling, and I hope to continue traveling with my career in the future,” she says. Amid her other hobbies, like ballroom dancing, SarahBelle’s admiration for the written word is pronounced. “In the honors writing program, I’m constantly reading new works, and it has fed my book addiction to the point of no return.”

Ed. Note: This article first appeared in our February/March 2015 issue.