A Match Made on the Bocce Court 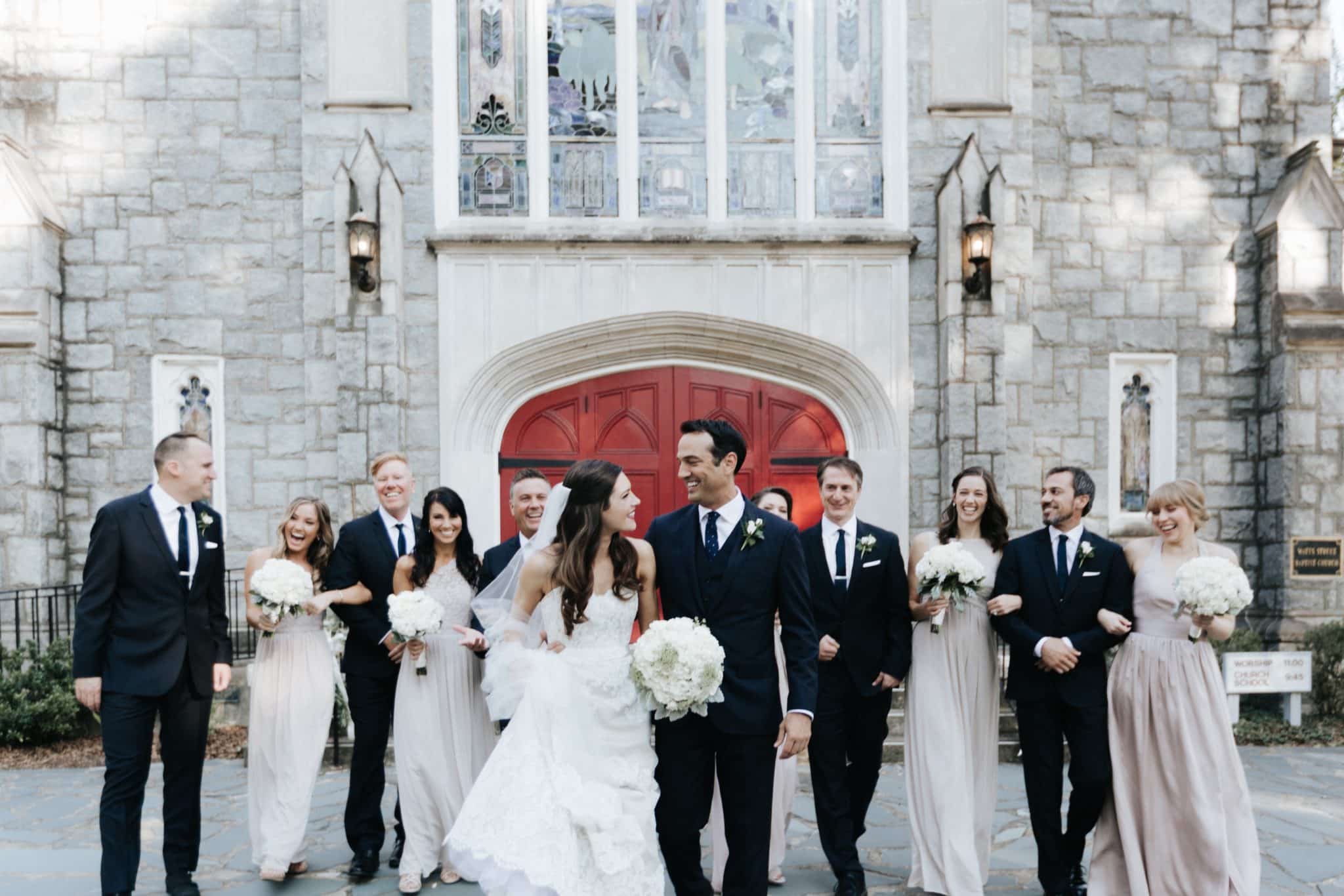 On a hot summer afternoon in June 2014, Lauren, who grew up in Durham, and Matt, who grew up in the Bay Area of California, met on the bocce court at Kotuku Surf Club. Matt would later propose at this very spot in June 2015 during a run with Lauren through Durham Central Park.

Lauren and Matt spent days and nights getting to know each other in Durham. They both lived in Old North Durham and made friends at Fullsteam Brewery. While they were running, hiking and dog walking all over town, they shared udon at Parts & Labor, swam in the Eno Quarry and cheered on the Durham Bulls. 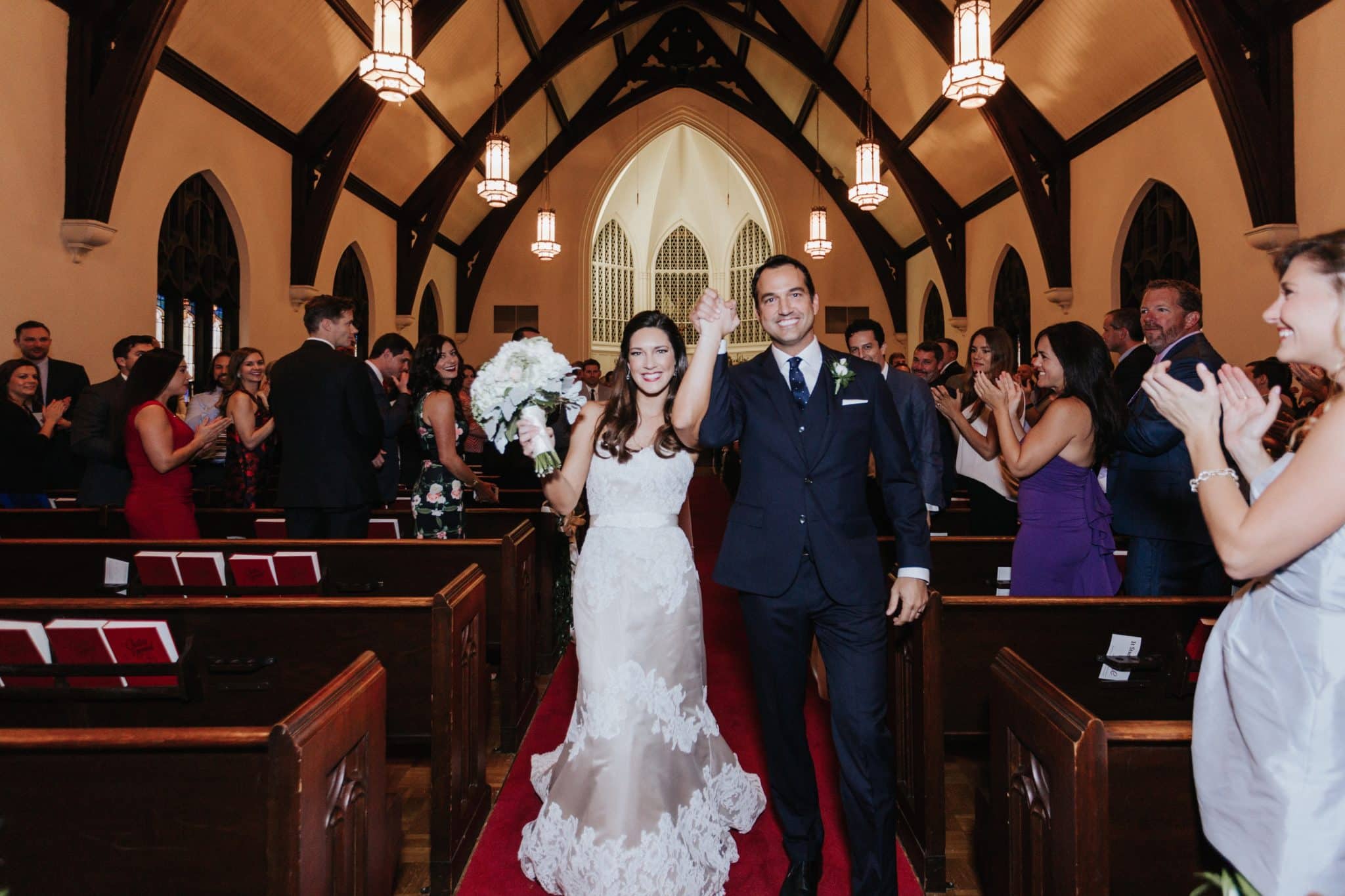 “Our wedding weekend was chock-full of Durham fun,” Matt says. After a rehearsal dinner at 21c Museum Hotel’s Counting House restaurant, Lauren and Matt were married the next day at Watts Street Baptist Church. The day was extra special for Lauren, who was the third generation in her family to get married there. The reception took place at The Rickhouse, and the night ended with an after party where it all began, at Surf Club. Geer Street Garden hosted brunch the next day.

Her Most Memorable Moment

“Our first look outside of the church, where we had a private moment before our ceremony.”

“The wedding flowers were even more meaningful for us,” Lauren says, indicating her family’s business, Sanders Florist. “To know that almost everyone in my family helped with our flowers blew me away and made everything sweeter.”

Live Music in the Taproom